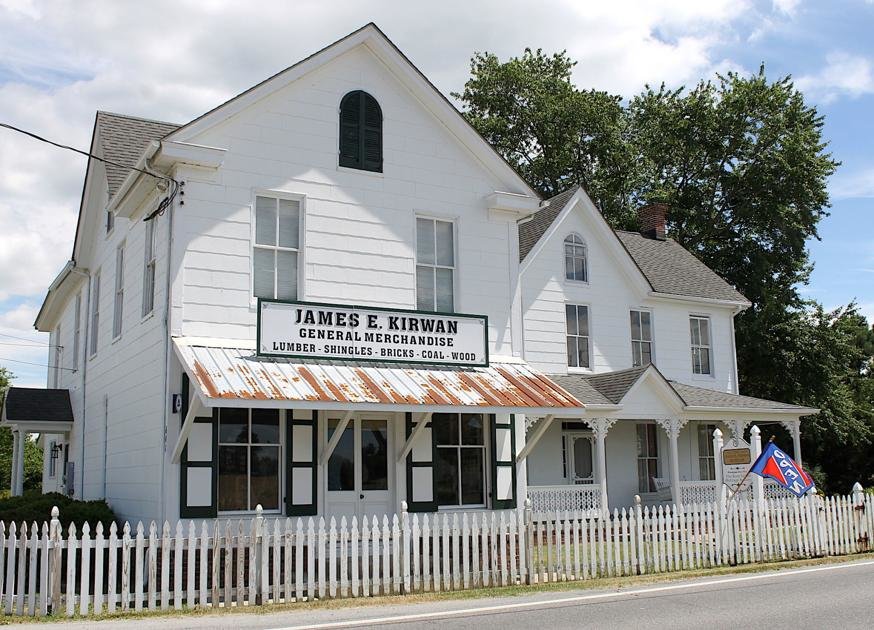 Take a trip to the past with the #PowerofTravel, and relive the historic culture found within Queen Anne’s County while visiting nearly twenty well preserved historic sites and the Museum of Eastern Shore Life! Get a true feel for what life back in the early days was like. History is plentiful in our over three-hundred-year-old county.

Kent Island, the largest island on the Bay, is located at the eastern terminus of The Chesapeake Bay Bridge. Home to the first English settlement on Southern Kent Island (Kent Fort Manor, settled by William Claiborne in 1631) within the boundaries of present-day Maryland. Kent Island is the country’s third oldest settlement after Jamestown, Virginia (1607), and Plymouth Rock, Massachusetts (1620). From its earliest inhabitants to its present-day status as the “Gateway to the Eastern Shore”, Kent Island has played a vital role in the history of Maryland.

Located in Chester, MD you will find The Kirwan House. This is the home of former Maryland State Senator James E. Kirwan (1900-1908), built in 1889 using lumber from the Johnstown floodwaters that flowed down the Susquehanna River into the Chesapeake Bay carrying vast quantities of wood.

The adjacent store also built in 1889 was the hub of the Chester/ Dominion communities, serving as a conduit for the lumber and coal that was unloaded from boats at Kirwan’s Creek on which the house is located. Senator Kirwan’s granddaughter, Mary Katherine Kirwan, willed the house and store to The Kent Island Heritage Society, who now maintain and operate the property as a museum.

Queen Anne’s County Historic Sites are open to the public on the 1st Saturday of every month from April through November, from 12:00 p.m. until 4:00 p.m.  Docents staff many of the sites providing a unique, live, guided tours appropriate for residents, children, families, students, and visitors. Due to the COIVD-19 pandemic and staffing limitations, some or all of the historic sites may not be open yet for the 2021 season.

AND….Have you Heard of Jimmie Foxx?

Jimmie Foxx, the powerful Sudlersville, Md., farm boy, signed his first professional baseball contract with the Easton minor league club at the young age of 16, making his big league debut before he graduated from high school. Foxx, nicknamed “Double X” and “The Beast”, was a first baseman who played 20 seasons in the MLB for the Philadelphia A’s, Boston Red Sox, Chicago Cubs, and Philadelphia Phillies. Jimmy was the greatest right-handed slugger of his time, hitting 30 or more home runs in 12 consecutive seasons, a major league record, and 534 lifetime home runs. In 1951, he became one of the youngest players ever inducted into the National Baseball Hall of Fame. On your next visit to Queen Anne’s County check out the Foxx museum and Foxx statue erected in his hometown of Sudlersville, MD.